Scent is not a word commonly used in aromatherapy. In fact it is quite an old fashioned word. In the modern world we tend to use the word perfume, whereas in the 1950s we might have used the word scent. Today, dictionaries tend to be online and somehow, even though they sport venerable printed names such as Webster’s or Oxford, they seem to be less informative and nuances aren’t explored.

Both the word perfume and scent have been added to the English vocabulary from Norman French: scent from sentir which can mean to smell, feel or touch and perfume from parfum meaning perfume but also flavour. Aroma, too, derives from the French arôme meaning what we may call fragrance but with reference mostly again to flavourings. Basic English, derived from Saxon, seems empty of these luxurious words, though stink is clearly more English and down-to-earth! We have reek, and stench. Whilst Middle English (Anglo Norman) provides odour just a little more glamour but still from the French odeur. Fragrant however is more mysterious whilst having the same Latin overtones as perfume it does refer to a pleasant smell rather than the incense i.e. not through the smoke Fragrant passed via the Church early into English usage.. 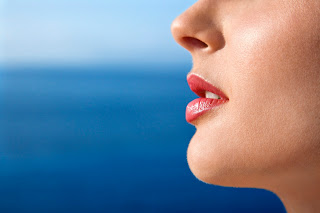 The word scent is really quite interesting. Scenting can mean the action of making something smell or to refer to an action like dogs hunting. They may hold their noses up and said to be scenting, scenting the air, in other words ‘tracing’ the origin of something. It is basically a form of deriving information from odour molecules.

It has long been my contention that aromatherapy has over-emphasised the application of essential oils and other odour materials in massage and internal dosage, emphasising various biological pathways of ingestion. These pathways are well understood and have merit. Chemical analysis has become important in making sure that certain levels of certain chemicals are present. This of course has opened up the therapy to accepting a variety of ‘soups’ sold as essential oils. Indeed, these mixtures have a place and role within the essential oil and related industries. This is especially true where replication is needed in cosmetics and medicine.

The value of fragrance never seemed to me to have been particularly emphasised in aromatherapy. Basic aromatherapy teaches us about the olfactory system. We understand that airborne chemicals are processed so that we respond to various smells. Mostly we take these receptors for granted as simply being there. But smell is unlike any of our other senses. For example, with sight, we only need photo receptors for red, green, blue and white, to provide a whole palette that gives us our vision. Smell is fundamentally different we do not create a palette of vision but differentiate and separate the various molecules not only as a recognisable odour but also continue to scent its components.

The most accepted theory on how we smell is the concept of ‘lock and key’, i.e. that every chemical molecule has a shape that fits into a specific protein receptor. We are not however born with the response to these stimuli. We interpret individually in our own way what we smell. Indeed every smell is a cascade of chemicals – a bouquet – and our olfactory system, mostly unconsciously to ourselves, sorts out these signals. We can generalise, or see, a pattern of odours. So, for example, some are fruity, some are fresh, some are green, and perfumers have long worked with phrases to describe the accords and pyramids they build into categories such as green, herbaceous, etc. Such generalisations have allowed for the production of ranges that may be smelled or sprayed to create mood and emotion. So relaxation, sleep, or enhanced sensuality, may be encouraged by the signals conveyed by the cascade or bouquet. Most but not all of a worldwide population can respond in the same way to these generalised smells and combinations which require care and attention in their construction. 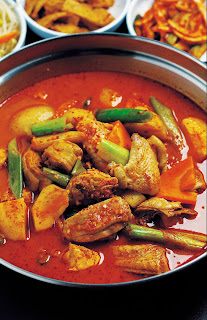 It does not matter generally whether the recipient culture has dined on curry, fine cuisine or pie and mash. Most ethnic populations seem to have an inbuilt reaction to some odours. In a diverse world this cannot all be attributed to learned responses. Having been for many years associated with essential oils for travel purposes I have noted this quite carefully.

If we can generalise then this suggests that there is more to our receptors than a learned response. Learned responses to odour is the presently accepted scientific view concerning our understanding of odour. Smoke is often quoted as an example. In other words we learn that smoke equals fire, equals danger, equals concern, equals hormonal response. A learned response.

Well, that depends on whom you have learned the response from. The smell of smoke can be comforting, inviting, warming, and depending upon your circumstance. The smell of a ‘barbie’ is great in the garden next door unless you, as a neighbour, are sunbathing.

In Poland and other Slav countries the term ognisko means ‘hearth’, like a fireplace. So smoke, especially wood smoke, conveys the meaning of warmth, security and family. Quite the opposite to fright and flight. 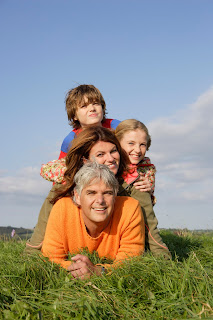 Many years ago, in my little book ‘Aromatherapy for the Family’ (now published as ‘Aromatherapy for Everyone’), I took the ideas of Homoeopathy and Flower Remedies, both best described as vibrational medicines, and similarly related emotional responses to mostly chronic disease and some trauma, to essential oils. The starting position was to compare the physiology of our olfactory system to that of plants.
Most people do not realise that plants have a way of smelling. Plants are sentient beings. In class I always take a living plant with me to emphasise to a largely urban student group that plants do not come in little brown bottles or in cello wrapped units. If we define sentient as ‘having the power of sense perception or sensation; conscious’; it is the latter word we have difficulty with. Plants do not have a central nervous system or a brain

The scent of plants is often given off by their flowers as opposed to their leaves or other parts. Their functions are different. In simplistic terms we could say that one is sexual, i.e. pollinating insects are attracted, and the other is defensive such as bitter terpenes deterring biting insects.

The scent of plants is more complex than this. We are not pollinating insects yet we are attracted and stimulated by the odour alone that the plant gives off.  We behave like scenting animals. We detect, for example, pleasure and not just food. The cascade may not just be a learned response but rather a genetic predisposition or inherited predilection for certain signals that have been previously learned historically within certain cultures.

This aspect has been used extensively but mostly in end-of-life situations or palliative care. As an example, a man may suffer from terminal lung disease and, being born in South Africa, yearns for the smell of citrus. This aroma provides comfort which in turn produces the right brain chemistry for this unpleasant situation. How disappointing it would be then for such a man to receive an orange heavily waxed, so hybridised, it has little or no aroma, or an essential oil that does not have that quirkiness of a true orange but rather the stale flatness of the by-product of the juice industry.

The scent of a plant contains information. Smells influence plant behaviour yet they have no nose. Peculiar isn’t it. The oft quoted example is ethylene gas which stimulates ripening. Fruits emit it although growers these days would use lab produced ethylene to hasten ripening. Examples exist whereby plants communicate by the release of odour molecules as a means of communication. This may refer to insect or fungal attack but plants respond because somehow there is latent understanding that a certain odour produces a given response. So why should it be so different from humans who do not even have a vocabulary to describe the sensations that go up their nose! 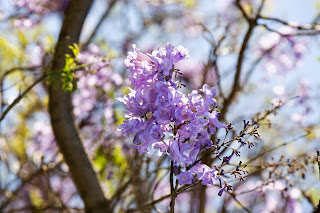 If a lowly plant can detect odour molecules and convert such molecular stimuli into physiological response then humans too should be able to manifest this capacity. This is one reason I like this word scent derived from sentir. The French use this word to touch or feel. Isn’t that what our vocabulary teaches us that we sense someone around us or we feel on edge by certain places or events? This is largely due to our sense of smell which provides by its constant scenting for something that our emotions are disturbed. We have of course entered a world of pheromones as well.

Pheromones act outside the body as chemical communicators just as hormones do inside the body. The insect world is rife with pheromones and mostly what we call scent or smell. Due to their receptors insects ‘see’ things differently they can ‘see’ smells we cannot but that only means our vision is limited and theirs is greater. Hence we come back to vibration and wavelengths associated with odour molecules. Of course they have a shape but no one these days is going to deny they have a spin and wavelength. This only means the receptor has to interpret what the signal communicates.

Everybody knows in physiology ‘use it or lose it’. We simply have forgotten how to use our noses. The ‘right’ smell for us is one that causes a neurotransmitter to act in some direction. Aromatherapy and indeed perfumery tries crudely to just talk of memory release. Surely there must be more to it than that. Emotion, intimately tied to memory, can be considered part of our immune response. We are part of a world that is interdependent and in a technological world we have moved far from understanding nature. It strikes me that many chemists are almost frightened of nature and find it difficult to accept basic physics at a sub molecular level.

The foregoing brings you to a consideration of smell therapy. Today I call this beyond Aromatherapy simply because it postulates that smell alone is more powerful than topical application or ingestion. True those ways have undoubted merit. However smelling or scenting nature requires that we get as near to nature as possible. By this I mean that we buy essential oils which are mixtures possibly of chemicals not relative to the actual oil and we may call these reconstructions, adulteration or we may simply buy creations of perfumes either from nature or synthesis. Once we have mixed the message we do not have what nature provided. Is this a bad thing? Surely this depends on the receptor and what is expected.
Consider the bee. If the bee arrives on Lavendin expecting Lavender the worker will not get the same thing and may well starve on Lavendin compared to Lavender. Given the choice the insect will choose the more provender full Lavender. Lavendin is near the mark and if that is the only thing on offer as it can be up in the Vaucluse area of France then so be it. The same applies to us. Some aroma is better than none, in most circumstances, but what nixed messages we can give, relaxation may give way to irritation. It all depends on the individual and their receptors and whether they have the latent ability to feel or indeed listen with their nose. Our ancestors did so, so why not train our noses today to listen to what the nose says to our emotions for well-being.