The 2016 Olympics have been a great success for the British team and hopefully inspiring for many people. 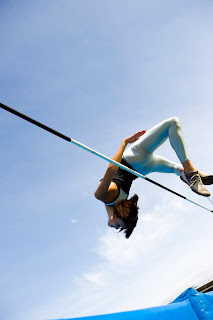 The games have changed dramatically over the last century. The Olympics are based on the promotion of three core values: excellence, friendship and respect. From these values all the other ideals follow. For example the balanced development of body, will and mind. The respect for universal ethics, including:
• Tolerance
• Generosity
• Unity
• Friendship
• Non-discrimination
• Respect for others
Realistically the Olympics does not epitomise these ideals. For example the extreme training in the desire to win is not balanced or good for the long term health of athletes. Nationalism and the medals table often overshadow the achievement of individual athletes. It is not supposed to be a competition between nations but individuals of any origin.

In the 1936 games the Germans used the games to promote the misconceived idea of Aryan superiority and some individual athletes have made various political gestures on the podium but 2016 proved to be the worst year ever for politics from the venue to the decisions made for individual participation. 2016 has been the year of politics. There should be no politics in sport but the IOC and the alleged drugs scandal issues with certain Russian athletes has shown that the IOC committee has lost the plot. Keep politics out of sport. 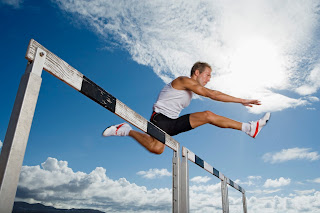 Naturally individuals may use many things to improve or enhance their performance. In the 1960 Rome games a Danish cyclist, Knud Enemark Jensen, fell from his bicycle and later died. A coroner's inquiry found that he was under the influence of amphetamines.  The first Olympic athlete to test positive for the use of performance-enhancing drugs was Hans-Gunnar Liljenwall, a Swedish pentathlete at the 1968 Summer Olympics, who lost his bronze medal for alcohol use. In the recent London games over 6,000 Olympic and Paralympic athletes were tested. Prior to the Games 107 athletes tested positive for banned substances and were not allowed to compete. During and after the Games eight athletes tested positive for a banned substance. Whatever is done to stop enhancing materials being used there will always be issues concerning ‘pure’ doping and various ‘natural’ food substances? 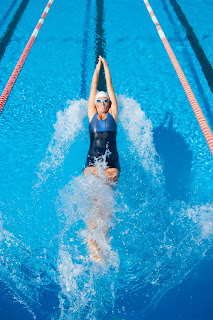 The Aroma Sport range from Fragrant Earth concentrates not so much on performance but prevention of injury. Many athletes and sporting game players try to emulate and copy their heroes. Failure to warm up muscles is one of the biggest issues for youngsters and par time players. Before competition or training especially in cold weather use Pre Sport Oil massaged into legs or arms. This increases blood flow to the muscles and helps prevent sprains and torn muscles and suchlike. After sport to assist in the removal of lactic acid build up and the resultant stiffness also massage in to tired muscles Warming Massage Oil. Simple effective routines that parents and trainers should insist upon.
Taking short cuts when you are fifteen and cannot afford seemingly afford the oil compared to new kit will be bitterly regretted when you are forty! 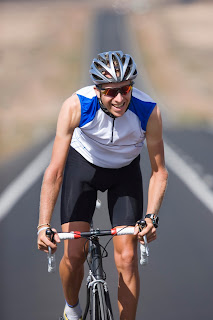 Cyclists seem to love Lycra but I have noticed they don’t use some of the tricks that some European riders use i.e. Water Repelling Balm and or Cold Weather Cream. Both can be applied to the skin over joints and then top coat it with the Body and Massage Oil for muscle stimulation.

Warming creams and repellents are a useful aid in cyclo-cross, football, athletics and mountain hiking. Rub the cream into the skin along with the oils prior to any cold or wet weather. If engaging in any winter sport under -5°C these are a must for injury protection.


Finally when all else fails and pain strikes as a first instance use Ice Spray. This pain relieving cooling spray with natural menthol and camphor has a long lasting relief effect.  Contains a mixture of essential oils, relieving painful conditions and helping to cool overheated skin.  It is effective for musculoskeletal system; rapid spray evaporation from the skin cools the muscles during physical activity or sports.

More people take up sport at any age care should be taken. I cannot emphasise enough the need to warm up. And it’s not just sport for dancers have long understood that warming up is so relevant – hence leg warmers!

The website http://www.stopsportsinjuries.org/STOP/Prevent_Injuries/Our_Resources.aspx is a mine of information giving tips for every type of sport.

In the 2016 Games there have been some horrific injuries ranging from weightlifting to equestrian and minor scrapes to horror leg breaking snaps. The velodrome seems to have been the place for most accidents a timely reminder to all cyclists that Britain’s roads are not race tracks. In 2016 behind the headlines has been more than the usual crop of injuries. There has been a series of high-profile casualties with athletes suffering broken legs and collarbones, fractured backs and neck injuries. These games are destined to be the worst for injury than any other. The Pressure to win and the constant media attention to medal tables induces risk and the stress to go beyond one’s ability.

So let’s take a look at why we need to emphasise the national aspects of the Games. Politicians drive this ‘we are better and superior’ than you attitude. Let’s concentrate on the achievement of the individuals whatever race, gender or nationality and value the safety and health of those who inspire us whilst behaving sensibly ourselves for we not all Usain Bolts’.
Posted by Unknown at 05:26 No comments: