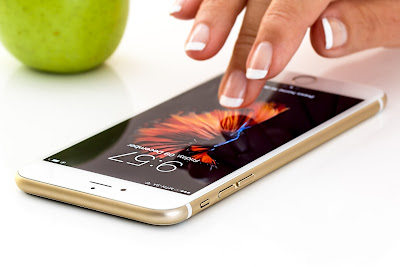 OMG another iPhone and no doubt followed shortly by another Samsung. Are you an Appeleite or an Android fan? I have spent quite a bit of time around San Francisco and have seen the wonder firms of so called Silicon Valley in the south of the Bay area. All the buzz sounds wildly exciting and talking to friends and people in the high tech industries utopia is just around the corner. Offices and factories ooze casualness, bright ideas, change. Life appears relaxed, cool, laid back. What is frightening is that there are literally thousands of these small to huge companies all seemingly trying to save the planet, change the world, decide culture, create new ethics and socially engineer the future of the world.
Artificial intelligence is the current theme. Robots with speech and artificial skin to perform everything from sex to collecting the kids and driving back in a robot car seems the future. I wonder where humans fit into this scenery. Predictions are made by computer modelling and the state of security is being transferred to automatic responses. Real robot wars are just around the corner.
Now all of this is very clever but not as clever to me as a snail. So far, we can only make artificial things not real live things. A snail has a built in sat nav and is responsive to light and magnetism or electric fields. Now magnetism is funny stuff and when sent down wires is called electricity. All the techno stuff in Silicon Valley is about electro fields and electricity. It’s the nearest they can get to what we and the snail have in common – life and it isn’t artificial, it’s real! So, our humble snail is because it is so simple capable of a great deal more than a robot that copies or is programmed. A snail can be irrational!
I wonder then if all these clever and riches seeking people have missed the point of the 1981 Police hit We Are Spirits in a Material World. The answer is that they probably were not born so have not thought it through yet! It is not a Luddite view to question with all the smog of radio and magnetic waves around us whether nature has an objection. Could our snail be set of course by electric smog, could our body be changed by our new hidden climate unknown to our ancestors. Can our minds our chemistry be changed in subtle ways. Certainly, we have by media become conditioned into accepting virtually anything goes. Crimes are downgraded and in a time when nature is available by virtual reality our soils have been denuded and the fertility lost.
Radiation from computer screens certainly add to tiredness. Most users know this. Blue light has come to the fore as Blue light has a very short wavelength, and so produces a higher amount of energy and it is this light which glares at us from our phones and other devices. Hence poorer sleep and declining eye health.
At Fragrant Earth, we have always suggested that nature has the answer to most things. One of nature’s most enigmatic materials is amber with its well-known electrical properties. Russian science has always seen this natural gemstone as an antidote to radiation. So, it is hardly surprising that our ReviSun Amber range is recommended for all computer users. A variety of efficient day and night creams are available featuring the anti-oxidant and anti-radiation properties of natural best quality Baltic Amber. All computer and cell phone users should at the very try the protective Antiwrinkle DayCream which also combines collagen stimulating sea foods.
Nature does a lot more than Silicon Valley ever will. Most advances are copies of Nature or an understanding of how Nature works. However, mystery is beyond the grasp of AI and the unique properties of traditional amber also remain somewhat of a mystery but great for skincare!
Posted by Unknown at 04:34